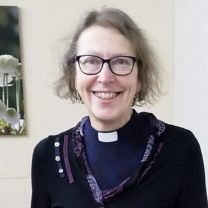 I can still feel the shame over forty years later.  As a chubby nine year old doing maths, working out the average weight of the class by using a public weigh-in was bad news!  I feigned illness and lied, probably giving a weight that defied belief!  This is the event that triggered my interest in researching shame in the church and in Christian institutions.  The observations in this article are drawn from my research with a wide range of church members and leaders.

A shame-free church is not possible, because experiencing shame is an integral part of what it means to be human, as we discover in reading the story of Adam and Eve in the opening chapters of Genesis.  What is often known as ‘discretion shame’ enables us to live with one another, respecting boundaries and working with an understanding that we have a responsibility to each other, pursuing interdependence rather than independence.  However, understanding the destructive nature of what is often described as ‘disgrace shame’ may help us understand some of the difficulties that arise if we don’t understand how shame is sometimes used, perhaps inadvertently, in the church and other ministry contexts.

The Bible was written in cultures where shame and honour were significant concepts.  Some would argue that today we are again living in a shame culture and that the church sometimes uses shaming as a means of control.  Although there are various definitions of shame, it is widely regarded as being about who we are, and our self-perception (whereas guilt is about what we do). When we feel ashamed, we may experience the following:  feeling unlovable, worthless, exposed, flawed, inadequate, wounded, contempt for self, unfixable, diminished, defective.  Along with this, shame may involve blushing, tears, rage, and feelings of being watched.  Shame is culturally determined and can be felt about almost anything, and often involves the idea of an audience (which can be real or imaginary, or transcendent, such as God).

How shame can be experienced in ministry

There have been times in my Christian experience when I have felt that the Christian group or church I attended affirmed particular ways of being acceptable, or expected conformity to a range of practices that appeared to be far more cultural than biblical.  On occasion these expectations have triggered shame in me as I realized that I wasn’t what others hoped for or expected, particularly as a leader. One of my research participants put it like this: “If the church lays accusations, verbal or non-verbal, on people that they ‘don't conform to OUR norm’, or that they aren't keeping the rules/obeying the traditions or they're too sinful or not good enough, then this creates an atmosphere of shame”.   The same can be true of chaplaincy contexts and I know I gave up on the chaplaincy at University as I felt like I didn’t fit.

Another area in which shame can be evoked is when you are told what to believe, and open exploration or engaging with doubt is discouraged.  This can range from such things as being blamed for a lack of faith in relation to personal healing to holding divergent (yet still from your perspective biblical) views on a range of issues.  When Christians do not seem to reflect the attitudes that would be hoped for in the body of Christ: “Let the same mind be in you that was in Christ Jesus” (Philippians 2.5) and argues over trivial issues or is a hotbed of gossip, for example, then some feel shame, particularly in relation to mission and inviting others to attend events.

Visitors to services can be shamed by their lack of familiarity with participation in a service, which can be made worse if there is little guidance regarding page numbers or repeats of lines in singing, or acceptable postures.  Another issue is when leaders seem to ‘have it all together’ and do not demonstrate any vulnerability, giving the impression that they are perfect - which can result in others feeling shame over their own Christian experience.  Then others may feel a lack of authenticity about who they are (or should be) in a Christian context, which can cause dissonance.  My research suggests that some people give up on church because they no longer want to go somewhere which makes them feel bad about who they are, or what they do or don’t do.  Different approaches to chaplaincy, worship, services or rituals and encouraging engagement with the local church can all trigger shame for some.

The non-shaming encounters and attitude of Jesus

In the gospels I can identify many encounters where Jesus could have acted or spoken in a way which shamed those he met. Yet with the poor, the marginalized, and those on the edges, this was never his tactic.  Jesus seems to emphasise belonging and inclusion for everyone, rather than exclusion.

In the encounter between Jesus and the chief priests, scribes and elders (Mark 11.27-33), we can see that there were times when Jesus did engage in a shaming response - for example, when his honour was attacked, as it was on this occasion.  Some scholars suggest that such shaming contributed to Jesus’ eventual crucifixion. In accepting this shameful death he opens up to us the possibility of overcoming our own shame, to experience inclusion and belonging.  As the song goes “you took all my guilt and shame, when you died and rose again”.[1]

An obvious yet pertinent example of Jesus helping someone to deal with shame is his encounter with the woman at the well (John 4.4-26). She overcomes the shame culturally inherent in her situation, engages with Jesus and then tells everyone about the amazing person she met.  This is not the only example of Jesus destigmatizing people.  Zacchaeus (Luke 19.1-10) and the woman with the issue of blood (Luke 8.43-47) are two further examples of the public acceptance by Jesus of those who were rejected by others.

The story of the cleansing of the leper who approached Jesus (Luke 5.12-16) is a further illustration of his willingness to associate with those who did not ‘belong’ within his cultural context.  Those who were watching Jesus were likely to be aware of the significance of touching lepers in relation to pronouncements about leprosy in the Pentateuch (cf Leviticus 13, 14).  Today we use the term ‘leper’ in a metaphorical way as well as literally, and the willingness of the church to welcome and engage with those deemed to be ‘lepers’ by wider society is one of the marks of a church that is fashioned in the image of Christ.

The teaching of Jesus also illustrates the way his values were different to the prevailing culture. Some scholars suggest that we can read the beatitudes (Matthew 5.1-12) as saying that those who were normally shamed are now honoured (in the Kingdom) – ie the bereaved, poor and broken.  It may be that for some people today the only honour they can find is within the church or a Christian group or activity. Conversely, at times the church shames those who Jesus chose to honour.

Hospitality is a theme found throughout the gospels. In another reversal of culture, Jesus appears to offer a challenge in the way he both taught about (Luke 14.7-11) and modelled (Luke 19.1-10) eating with those who would not have been perceived as honoured guests.  This reversal is reinforced by the words of Jesus at the Last Supper about the last being first and the first last (Luke 22.24-27).  This is a core value for many chaplains.

An insight that has been helpful in reflecting on my own shame is a fresh understanding of Jesus’ call to “Be perfect, therefore, as your heavenly Father is perfect” (Matthew 5.48).  Some commentators argue that a better translation for the word translated ‘perfect’ here (teleios) is ‘maturity’, which suggests a process rather than a fixed state.  From Sunday school onwards, many of us have been encouraged to be like Jesus and Berecz (1998) uses a great phrase, ‘Xerox syndrome’, to describe how we try to be like God or Jesus and so generate high levels of shame in ourselves.

Being self-aware is really significant in dealing with shame.  Shame can be very uncomfortable to experience, and so there is a danger that we might choose to avoid the shame of others, because it may evoke difficult feelings in us - or perhaps we have little idea how to support people who are experiencing shame.  We may also need to think through how the content of our preaching, teaching, liturgy and expectations (both spoken and unspoken) may be experienced by those inside and outside the church.

My research identified some of the ways in which Christian organizations and the church can mitigate shame, including being inclusive and authentic, and by building good quality relationships which help people to feel that they are affirmed, valued and accepted.  People who have experienced shame need a safe space, people to listen to them, and to be a part of a community that is being built and does not put unnatural expectations on its members. We can seek to create a chaplaincy provision that can be this healing place.

For a more in depth discussion see Sally Nash Shame and the Church, published by SCM.

[1] From Noel Richards’ song You laid aside your majesty.