Reflections from the Chair - March 2022 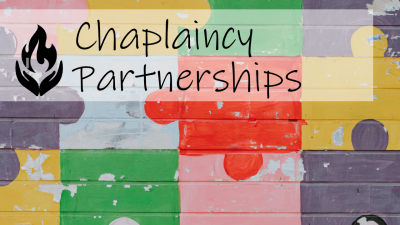 You can watch this reflection here.

In this month's clip Rev. Mike Haslam discusses the partnerships that are growing around chaplaincy.

Chaplaincy is a multi-lingual ministry. That isn’t so much about speaking in different languages, whatever those might be. It’s about speaking the language both of education and faith. The way in which chaplains speak the differing languages, and translate between them, are signs and symbols of the chaplaincy partnership between faith and education.

At it’s best, chaplaincy is a partnership between our school or college and our local faith communities. That partnership can be inspired and resourced by regional and national organisations, whether Multi Academy Trusts, dioceses or groups such as CCE or Growing Faith. The partnership creates a strong and secure base from which chaplaincy can flourish. In Somerset, where I am based, the partnership has been forged most powerfully by chaplains in schools and colleges.

Chaplains are there in their communities of learning and of faith and help each to tell its story and help all to live life in all its fullness. The impact of chaplaincy is clear and noticed by many within their communities, including the Head Teachers and Principals; although the Principal of one FE college commented that, ‘We didn’t realise how much value the chaplain gave until he wasn’t there’. That FE College has since appointed a new chaplain.

From another perspective, it was a privilege to listen to a young refugee from Syria, one of the too often forgotten wars of our world. This young lad, now in year six, spoke of the care his chaplain had given him when he had just fled from Syria, ‘When I was in year four she helped me a lot. When I was angry, she helped. She had a big bear in her room; afterwards I felt happy.’ Or a teenager who said to her chaplain, ‘My future once looked bleak and now it looks great, all made more hopeful by you having listened and understanding me. Thank you once again for all you have done for so many.’

Building on the amazing ministry of the existing chaplains we have shared their stories far and wide, within education and church. We have shared what is happening and how it can be echoed and grow in new places and in new ways. We have also created pathways, toolkits and courses, to make new chaplaincies a reality and offered support to strengthen the brilliant chaplaincy which are already there.

Out of those partnerships, by the grace of God, over fifty new chaplaincies have been created over the past five years in Somerset. There are currently another twelve chaplaincies which are ‘in development’ two of which emerged over the past few days. To offer just one example, a teaching assistant in a primary school has just got in touch. She did an introductory course in chaplaincy with the diocese a few years ago and then I commended to her the CCE exploratory course with Newman University. She now feels called to set up a chaplaincy within her school. In the coming weeks we will talk with her head teacher and the local churches, build the partnership and discern the way to make her vision a reality.

As chaplaincy continue to grow and more and more schools and colleges establish chaplaincies, what is God calling you to, and who are the members of the partnership who can help you to live out your call and make it a reality?

You can watch this reflection here.